Several million years ago, massive upheaval in the earth’s crust shifted upward to form the Sangria mountains and the plateau in which Albuquerque now resides. Just 200,000 years ago, hot magma seeped through cracks in the earth crust, creating a ring of cinder cones along the western edge of Albuquerque. The Boca Negra canyon formed as a result with the Rio grande flowing in the east. 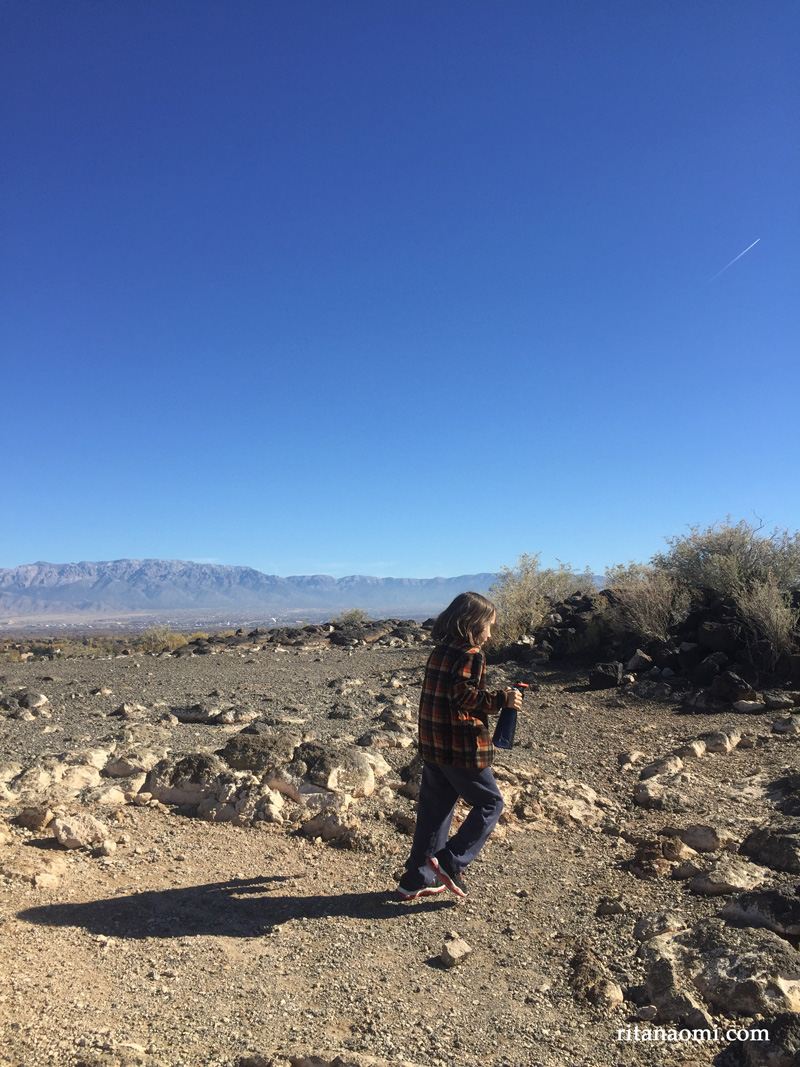 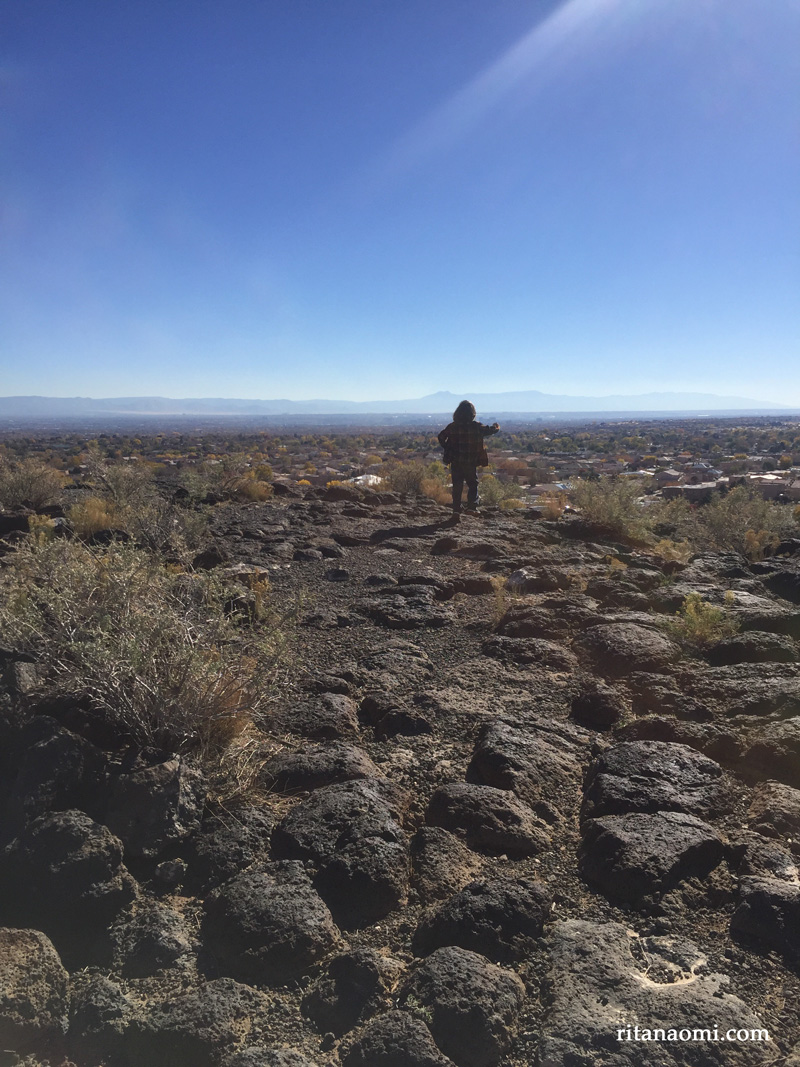 The Pueblo people came here, setting up homes and villages. This canyon was a connection on a major ancient trading route that extended from Mexico in the south up to Chaco canyon and Mesa Verde in Utah in the north.

In this small area of several miles, 1000’s of petroglyphs are found making this one of the most petroglyph dense area in the northern hemisphere.

For the native people who chiseled them, these were sign posts. Sign posts in a spiritual sense, as the basalt rock was their connection to earth, sky and that which was most holy. They drew plants, animals, and shapes denoting a meaning that only the originator could solve, and shapes denoting tribe and clan. 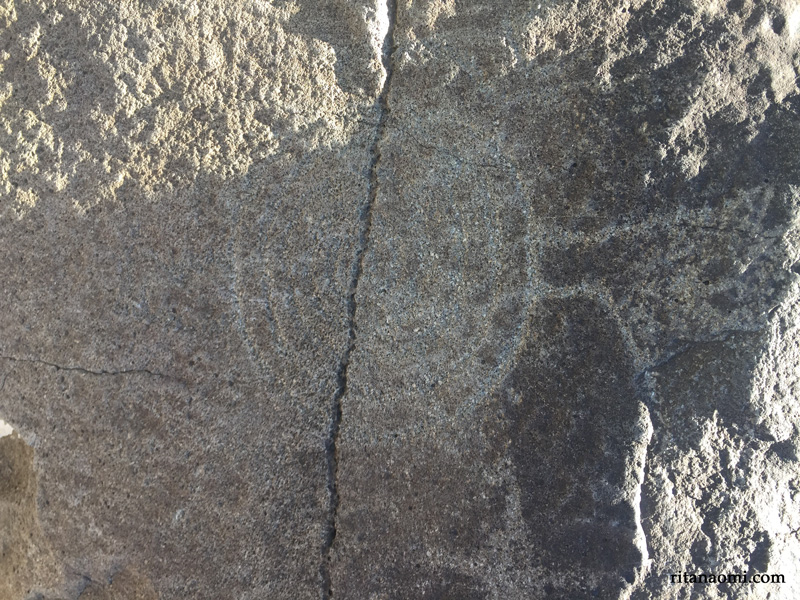 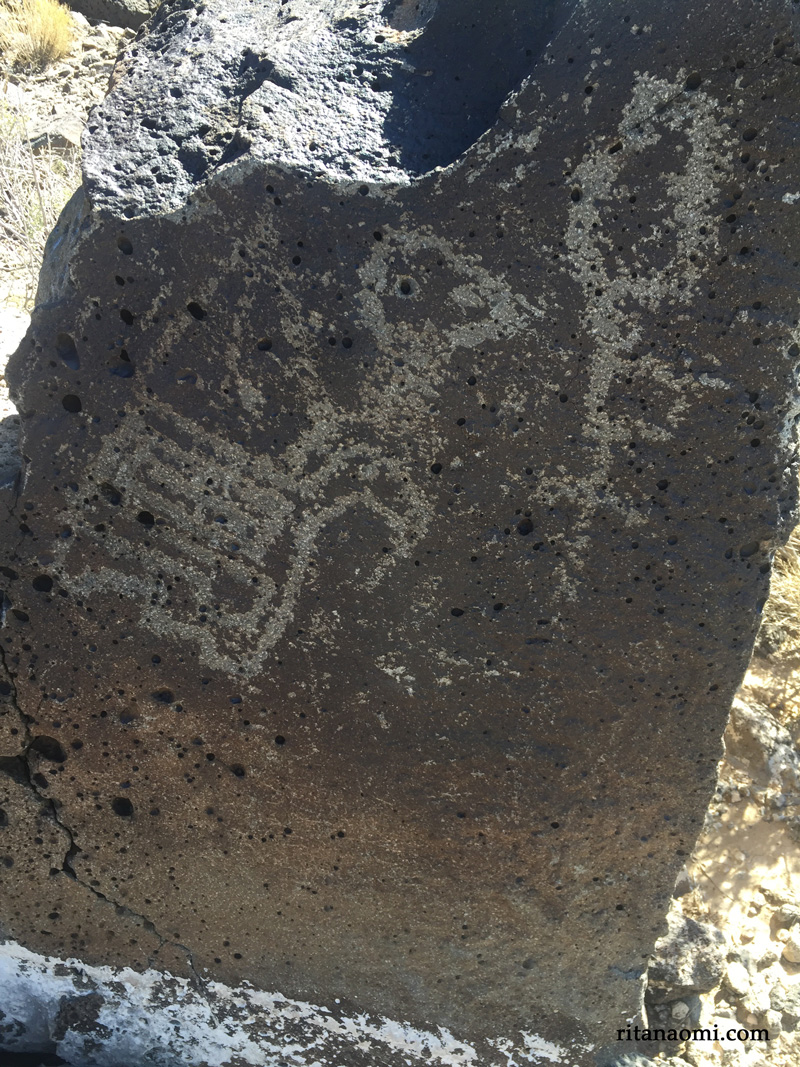 The Spanish came several hundred years ago bringing sheep and their own symbols to add to the landscape. 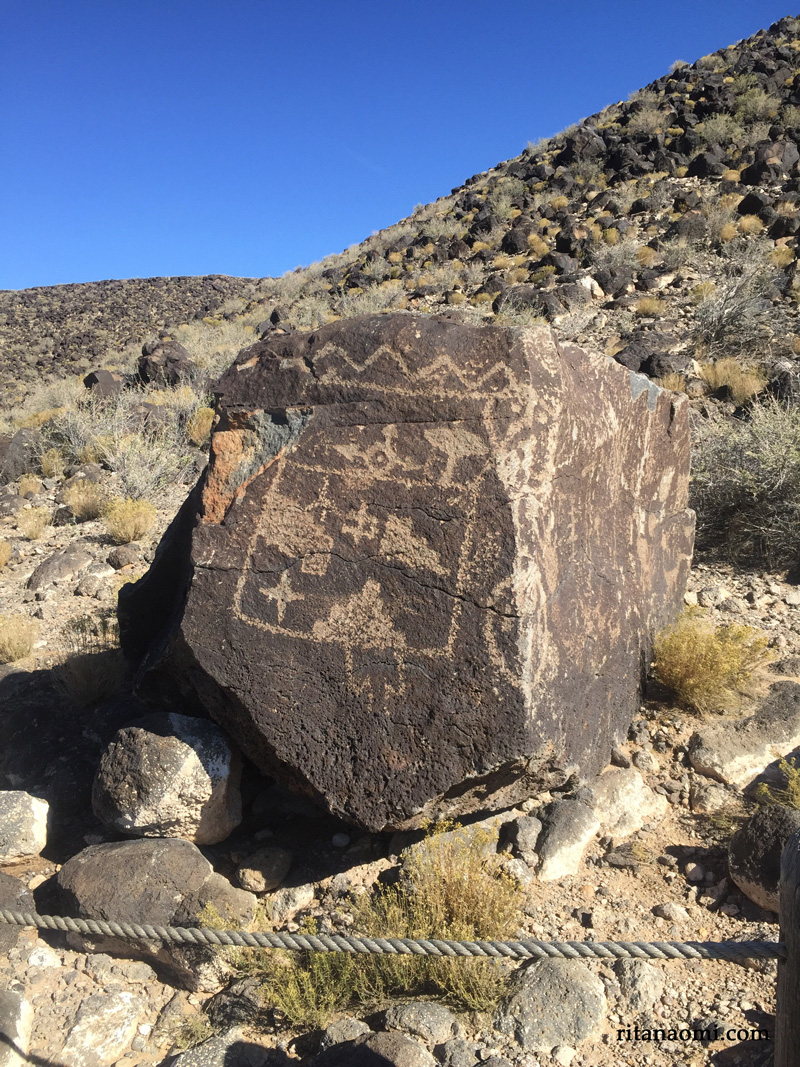 All the petroglyphs are drawn on the northwest side of the rocks and cliffs perhaps serving as a trail post and commentary on the trail for others.

In our visit here, we marveled at the beauty of the landscape: the brilliant pinks in the east, the black basalt at our feet. Robbie said he had to draw what he was seeing. 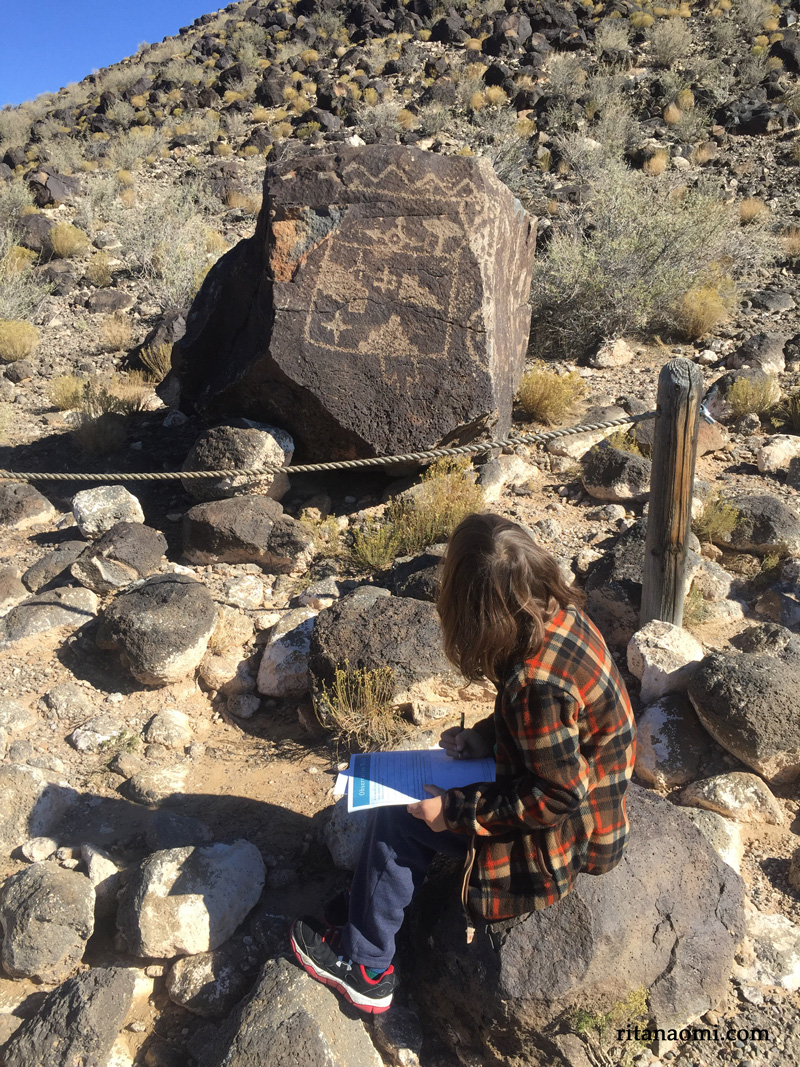 Perhaps because we are both tactile and kinesthetic learners, we both find it difficult to not touch everything we see. The wonderful thing about this off the beaten path park was that we COULD touch the rocks and stones as we clambered up the hill. We stayed away from touching the petroglyphs as much as we could, the pot shot marks and desecration by vandals is what led this area to become a protected national monument just 5 years ago. People forget over and over that this land was occupied before “we” got here, much less can’t seem to get the land that the land is considered sacred and holy to the tribes that STILL live here. 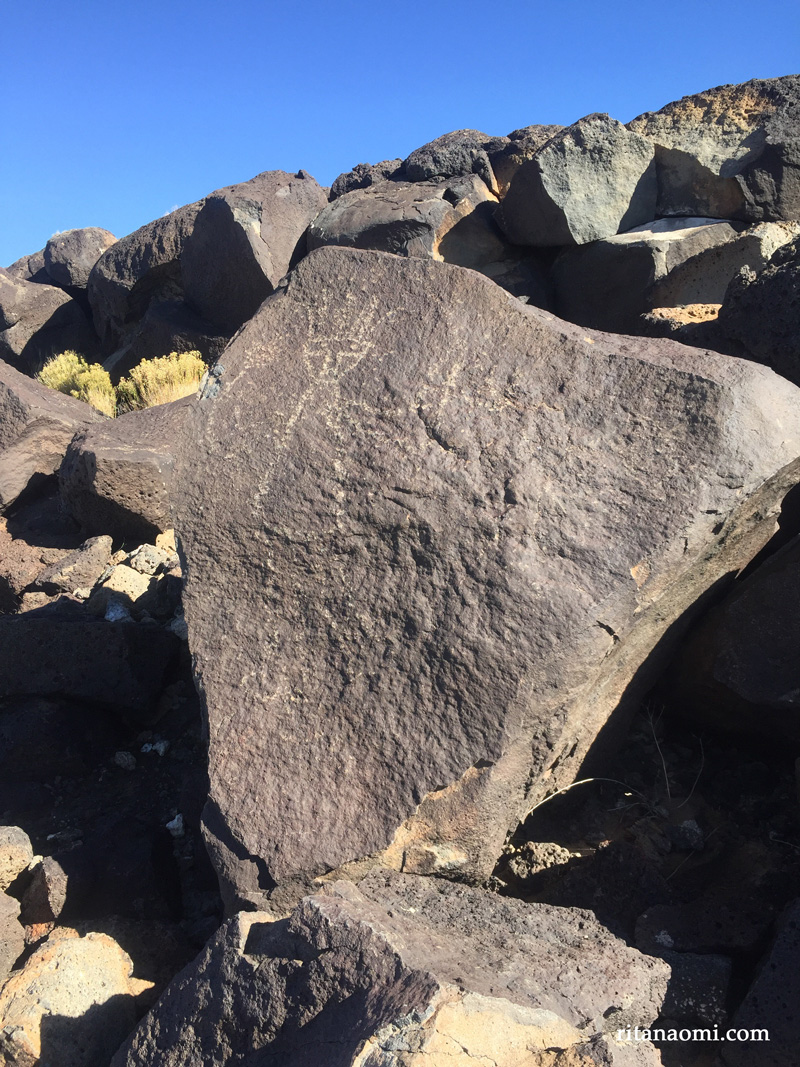 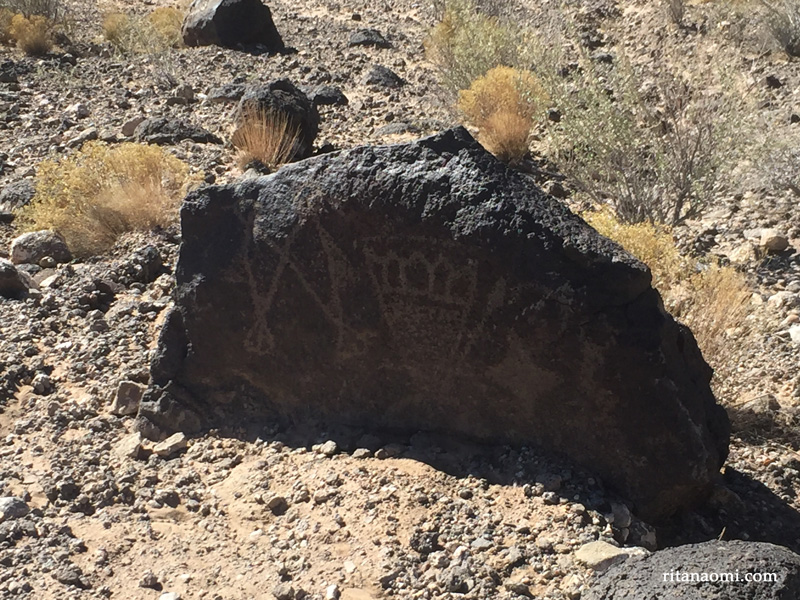 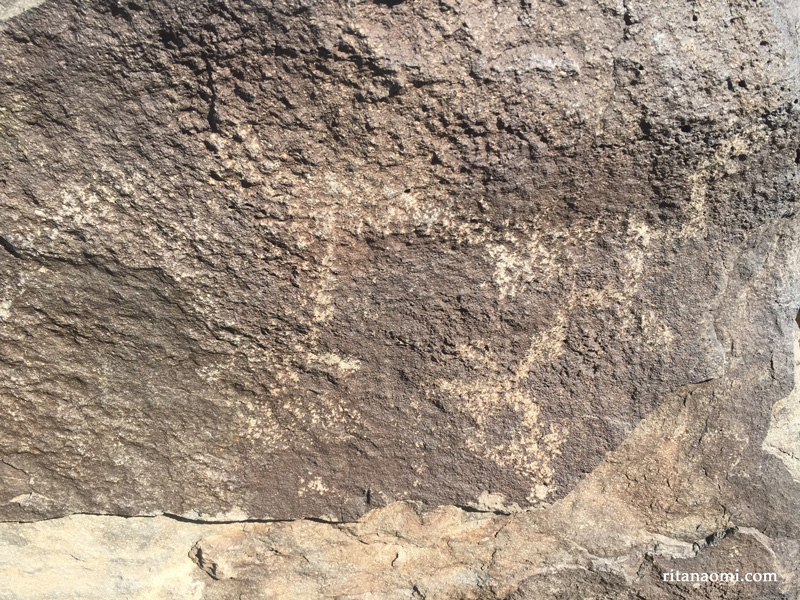 We did not stay long at the park, we had a play date with a permaculture urban homesteading family (chickens, ducks, rabbits oh my!) and their 7 year old that Robbie was just itching to play with and I was interested in talking to. So we gave our thanks. 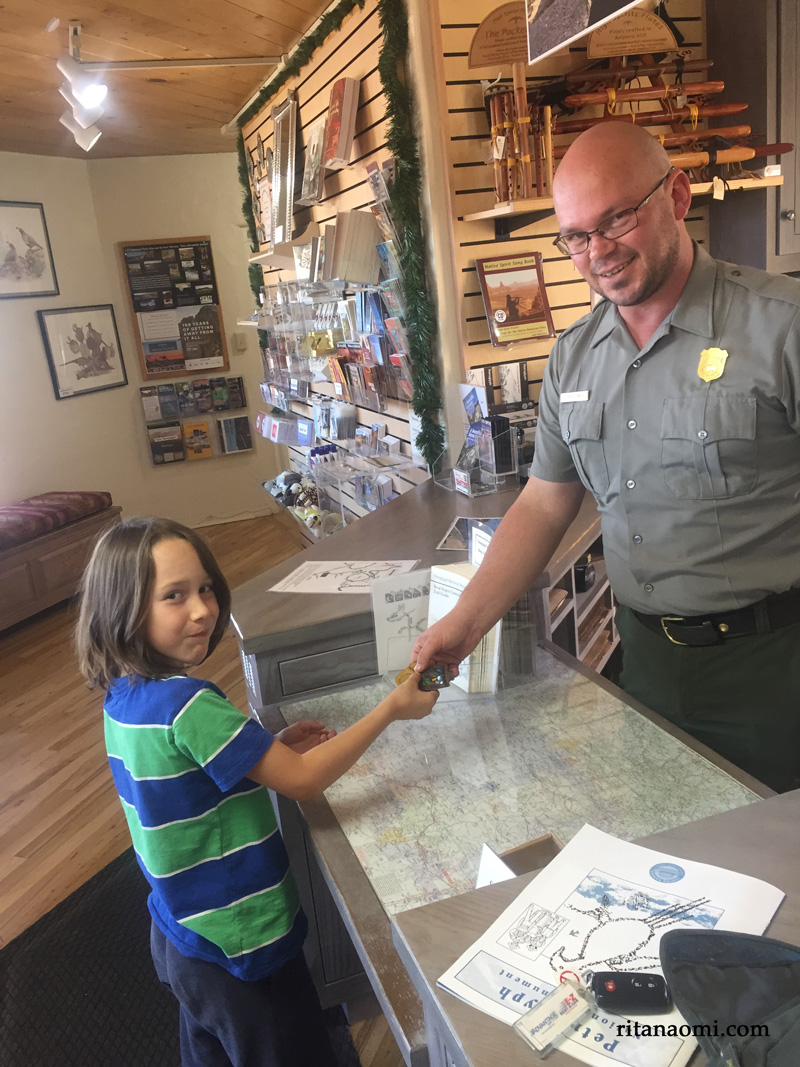 And drove our merry way into the wilds of Albuquerque. 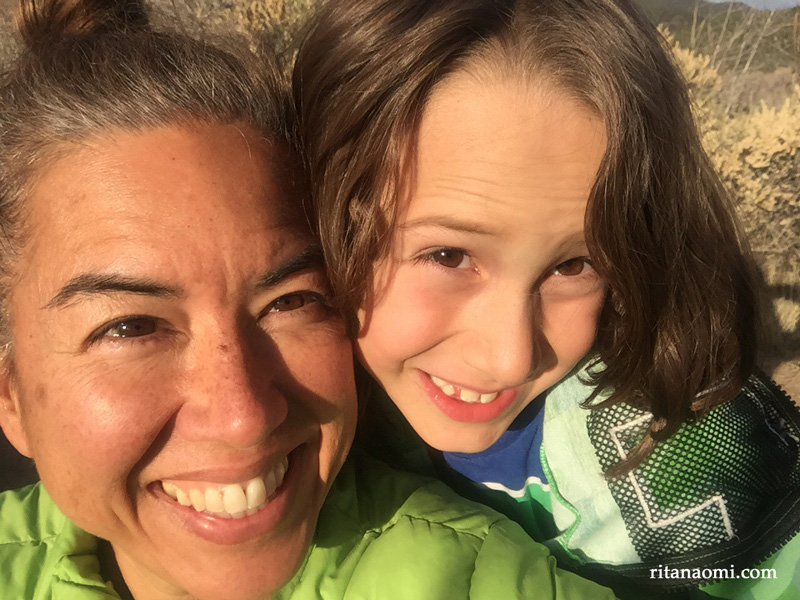